Being bullied and believing my self worth

The story of Lina

Lina is a young researcher who worked on the Youth Voices Research in Semarang. The Youth Voices Research, of which Lina was a central part, found that young people face intense pressure on how they should look and behave, with these expectations gendered from an early age. Young women are expected to be ‘good girls’ as they prepare to fulfil their expected role as a wife, mother and homemaker. In this blog Lina shares how expectations for girls to look a certain way and to get married early led to her being bullied, and the effect this had on her. 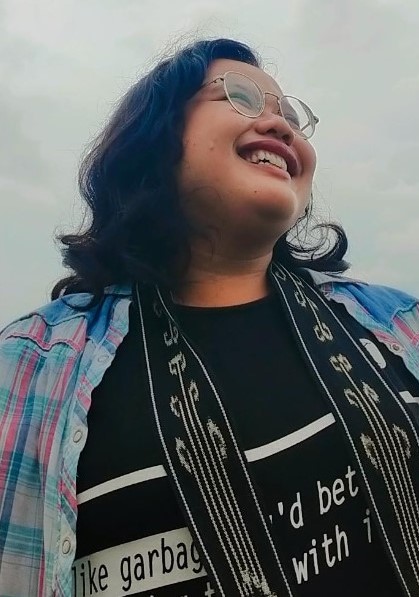 My heart couldn’t accept it

I grew up being bullied. Since I was small, many people noticed my body. I’ve always been chubby. I’m also tan, because I loved playing outdoors. I am of Chinese descent, but look different from others where I come from. My skin colour is not white, my eyes are not small and my body is not slim. The bullying even comes from my own family and plenty of friends. Afterall, I’m chubby and look different…

In the beginning I felt uncomfortable, angry, and hurt, but I couldn’t do much because if I showed my feelings I’d be perceived as ‘sensitive’, ‘not fun’ and unable to take a ‘joke’. I tried so hard to ignore those bullies, even though my heart couldn’t accept it. Sometimes I’d laugh or tease back, but never seriously address it. Afterall, it was just a ‘joke’, and I am fun…

“Those seemingly innocent comments constantly filled my head and in the end damaged me and stole the positive and loving image I must of once had of myself. ”

When I grew older, the bullying started to take a different shape. I’m 25 and have never had a boyfriend and am not yet married. Invasive questions and comments from family and friends occurred with increasing frequency: ‘Where’s your boyfriend?’; ‘When are you getting married?’; ‘You’re single since birth aren’t you?’; ‘Careful or nobody will want you later!’. It started to really hurt me and sometimes I’d even lash back. But what else could I do? Afterall, I’m over 25 now without a partner and still look different…

Through time I became much less confident. I felt inferior and saw so clearly all my flaws. How could I ever feel beautiful, feel worthy, feel the love of a man? Those seemingly innocent comments and questions and mere ‘jokes’ constantly filled my head and in the end damaged me and stole the positive and loving image I must of once had of myself.

I now understand that I was a victim. A victim of bullying. I learned this after joining Explore4Action as young researcher. I learned that I didn’t deserve this, regardless of how I look. I also learned that it’s a problem that is not unique to me, however schools are not addressing it. Most young people being bullied have nowhere to turn. You cannot say whatever is in your heart to the school councillor, as they do not accept, believe or even know on the scale it is happening every day to people like me. The fact is bullying shouldn’t happen, however small of ‘joke’ it might be. I now know this and because of that and learning how to accept, heal and love myself again.

Explore4Action (E4A) is a four-year programme investigating the factors that influence adolescents to make a positive and healthy transition from childhood to adulthood, and if and how comprehensive sexuality education can support this process. The Youth Voices Research is the qualitative research part of E4A, where young researchers in three sites across Indonesia interviewed their peers about experiences of sexuality and gender socialization. The first part focused on older young people aged 18-25, while the second part focused on younger adolescents aged 12-13. The findings of both parts are published in reports here and here.