Unseen crisis: nearly half of all pregnancies are unintended

Share this item
Back to archive
30 March 2022 Tags: Seeing the Unseen, State of World Pupulation, UNFPA

The war in Ukraine and other conflicts and crises such as the COVID-19 pandemic are leading to more unintended pregnancies as access to contraceptives is disrupted and sexual violence increases. This is one of the key findings in the State of World Population report 2022 by UNFPA, the United Nationd sexual and reproductive health agency. The report will be presented today to Pascalle Grotenhuis, Director of Social Development and Ambassador for Women’s Rights & Gender Equality. The launch of the report is organised by Rutgers, the Netherlands Centre on Sexuality.

Between 2015 and 2019, there were approximately 121 million unintended pregnancies each year worldwide. More than 60% of unintended pregnancies end in abortion and an estimated 45% of all abortions are unsafe, causing 5 to 13% of all maternal deaths. During the first 12 months of the COVID-19 pandemic, disruption in access to contraception lasted an average of 3.6 months, leading to as many as 1.4 million unwanted pregnancies.

The report, “Seeing the Unseen: The case for action in the neglected crisis of unintended pregnancy“, warns that this human rights crisis has profound implications for societies, women and girls and global health.

“This report is a wake-up call. The staggering number of unintended pregnancies shows a failure to uphold the human rights of women and girls,” said UNFPA Director Dr Natalia Kanem. “For affected women, the most life-defining reproductive choice – to conceive or not to conceive – is not a choice at all.”

In 47 countries, about 40% of sexually active women do not use contraceptives to prevent pregnancy. This is partly due to a lack of sexual and reproductive health care and information about contraception. Harmful norms and stigma surrounding women having control over their own fertility and bodies also play a role. For example, women who use contraception are seen as promiscuous and sex-crazed.  Finally, inequality between men and women leads to high percentages of unintended pregnancies. Because of this inequality, almost a quarter of all women cannot refuse sex. Use of contraception is 53% lower among women who experience violence by their partner.

The report further states that 20% of women and girls in refugee camps experience sexual violence. By 2025, there will be an estimated 4.8 million unintended pregnancies in Afghanistan due to gender inequality and health care disruptions. “If you had 15 minutes to leave your house, what would you take with you? Would you take your passport? Food? Would you think about your contraceptives?” says Dr Natalia Kanem. “In the days, weeks and months after a crisis breaks out, contraceptives save lives. They save women and girls from unintended pregnancies. They are as vital as food, water and shelter.”

The responsibility to act

The United Nations Population Fund (UNFPA) calls on governments to prioritise the prevention of unintended pregnancies by improving the accessibility, quality and variety of contraceptives. A strong expansion of high-quality sexual and reproductive health care and education is also important. In this way, women and girls themselves can make the fundamental choice – to have children or not.

Every year, the UNFPA presents the State of World Population report. The annual report provides insight into the position of women in the world and the relationship between gender inequality, especially violence against women, population issues, sexual health, the right to self-determination and poverty reduction.

The report “Seeing the Unseen: The case for action in the neglected crisis of unintended pregnancy” can be read here. 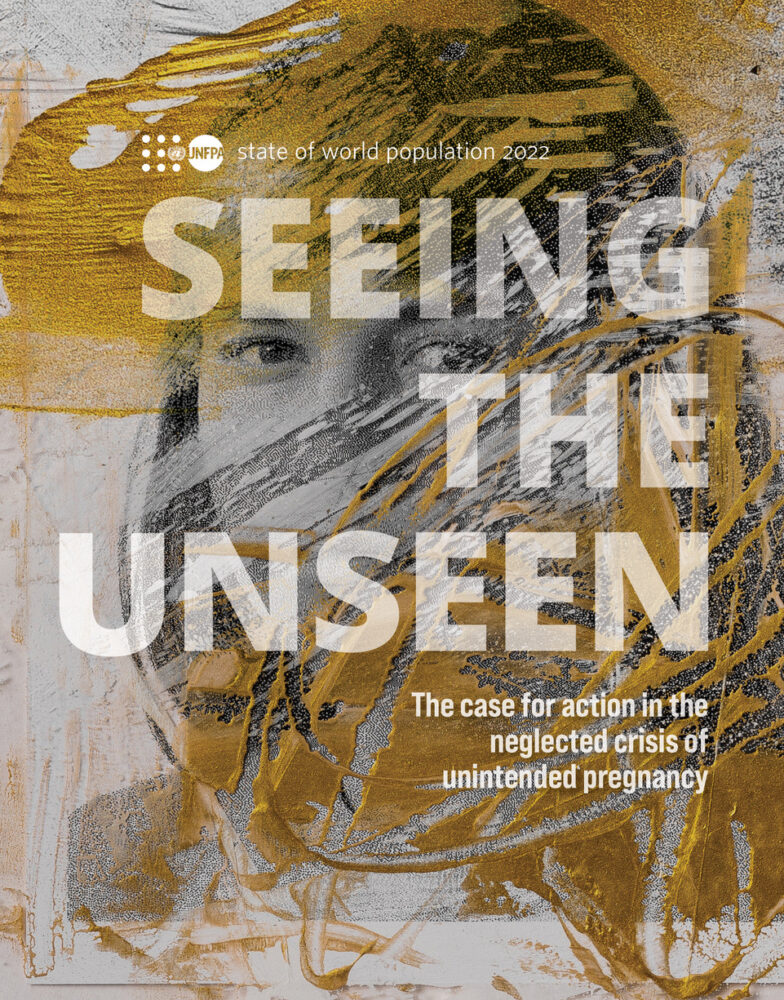 Read more details in the full eport “Seeing the Unseen: The case for action in the neglected crisis of unintended pregnancy”.