After several weeks of negotiations, UN Member States adopted a resolution on population, sustainable development, in particular sustained and inclusive economic growth. For the first time, a direct link was made between sexual and reproductive health and economic growth. Whilst some of the resolution texts could have been more ambitious, connecting the two will allow more women and girls to be included in their societies and promote gender equality.

For Rutgers and other progressive NGOs it was important to link the inclusive and sustainable economic growth to sexual and reproductive health and rights and social services. Therefore the inclusion of comprehensive sexuality education into the resolution was one of the main advocacy asks during the 55th Commission on Population and Development (CPD). Because of sexuality education, young people have access to decent work opportunities and fulfil their potential. They can also be equipped with the skills needed to manage their health and form equal, fulfilling, and safe relationships, free from discrimination, coercion and violence. Moreover, for women and girls’ economic empowerment, it is essential that they can go to school and are not hindered by ill (sexual and reproductive) health, gender-based violence or harmful practices such as child marriage or female genital mutilation.

“Without these life skills they won’t be able to participate in economic, social and political life”

Unfortunately, comprehensive sexuality education didn’t make the final cut. More conservative governments thought that a bridge too far for now. However, with next year’s theme being education, Rutgers will continue to campaign for the benefits of CSE for all young people. We also call on like-minded Member States to continue to strongly defend sexual and reproductive health and rights.

“Although sexuality education was not included in the resolution, having a link between economic growth and SRHR will allow us to make a strong case for the inclusion of CSE at next year’s CPD.” Evi van den Dungen 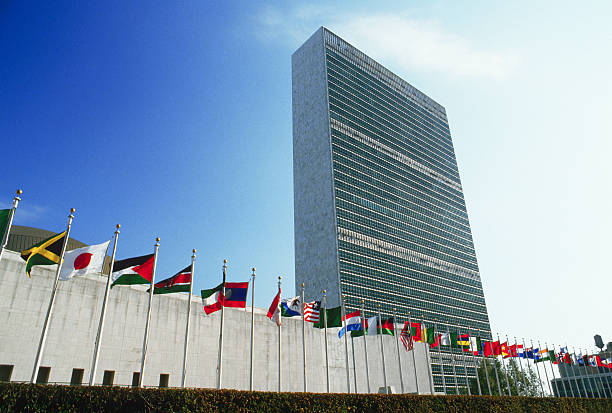 Rutgers at the 55th Commission on Population and Development

Rutgers again has been strongly engaged in the advocacy around the CPD. As part of the Dutch government’s delegation to the CPD we provide text suggestions to the drafts of the resolution on behalf of civil society. Rutgers is an active member of the International Sexual and Reproductive Rights Coalition (ISRRC). During two NGO consultations on the zero-draft resolution, several ISRRC members including Rutgers gave statements. Also at the general debate section of the commission Rutgers advocate Evi van den Dungen held a statement on the importance of sexuality education in relation to inclusive economic growth and why Rutgers believes in speaking openly, positively and practically about sexuality.

We believe that the CPD remains one of the critical places for countries and civil society to discuss and progress on their commitments to sexual and reproductive health and rights – which are also part of the 2030 Agenda on Sustainable Development (SDG 3.7 and 5.6). The COVID-19 pandemic has been harmful to the implementation of the ICPD agenda, and the backdrop has to be restored quickly.

Covid-19: The resilience of safe abortion providers in Kenya