During this year’s 16-days of activism against gender-based violence, Rutgers launches a campaign that focuses on a lesser-known human rights treaty: the Convention on the Elimination of all Forms of Discrimination Against Women (CEDAW). Karin van der Velde, advocate at Rutgers, explains why Rutgers chose to focus on this treaty and how it can prevent and eradicate gender-based violence.

Why is Rutgers focusing on the CEDAW for the 16-days campaign?

We are also doing this because by ratifying this agreement governments have promised to work on eliminating discrimination against women. In reality, however, violence and harmful practices often persist. This treaty is legally binding and therefore civil society can use it to hold their governments to their commitment, basically saying: “What’s really happening in this country, what will you do better in practice to stay true to your word?”. We want to give more insights into the ways you can start conversations with governments on sexual and gender-based violence. These UN processes and mechanisms can be very technical, and we are explaining the avenues and tools (for example our Rutgers CEDAW toolkit) available to engage with them in ways that we believe are easier to understand.

What do you hope to change with this campaign?

In addition to informing people that the CEDAW exists, we hope to motivate advocates and activists to write shadow reports or engage in other ways with this treaty to make sure that their government is keeping their promises. We also want to urge governments to be better at reporting on their progress towards preventing and eliminating discrimination against women. Without these reports, governments are neglecting their responsibilities to the women in their country.

Who have you involved in your campaign?

Not only are we sharing Rutgers’ own experience with engaging with the CEDAW Committee from the Netherlands, but we will also share the experiences of other organisations from Indonesia, Lebanon, Nepal and Jordan. The Netherlands’ Ambassador Women’s Rights and Gender Equality will also contribute by highlighting the added value of CEDAW from a government perspective. We are sharing these different perspectives to emphasise the added value of engaging with the CEDAW.

What inspired me from these examples is the persistence and fierceness of these activists to fight for the equality of all genders and that their stories may differ, but the common denominator is that all of them want violence-free and gender-just societies.

We are also calling on other organisations to share their experiences with the CEDAW by using #DemandWomensRights on their social media.

What has Rutgers done to hold the Dutch government accountable to CEDAW?

Rutgers also contributed to a shadow report in which we highlighted three areas for improvement for the Dutch government in relation to CEDAW: 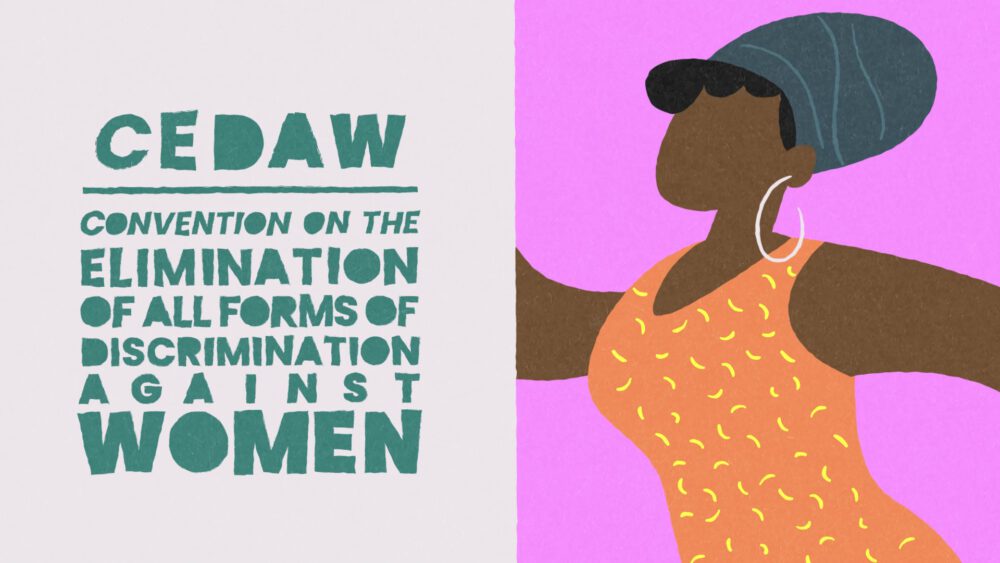 Want to find out more on how to hold your government accountable to the CEDAW?

Want to know more on how to engage with your government on the Convention on the Elimination of all Forms of Discrimination Against Women (CEDAW)?

Check out our toolkit and get started!