Share this item
Back to archive
Tags: Yes I Do

Lonesi Juma (18) is the last born in a family of 5 and she is a favorite girl in the family. In 2015, she attends kachere Day Secondary School when things change as she becomes pregnant by her boyfriend, Jacobo (17). At that time she is only 15 years old. Lonesi was reluctant to tell her parents about her pregnancy, fearing the anger of her father.

“It took me 7 days to find the courage to confront my mother about the issue. I was so scared at the time, but Jacobo kept insisting that I shouldn’t worry. He promised to marry me and take care of me and the baby, since he was from a well to do family." ”

Her mother told her father of the pregnancy. Both the parents were infuriated with news. For them it was clear that Lonesi should marry her boyfriend, even though both Lonesi and her boyfriend were young schoolkids.

‘My parents sent me away from their house. They wanted me to go and stay with Jacobo. Fortunately my uncle intervened. He advised my parents against the decision, citing the dangers of child marriage, and institute another punishment.’

Instead of being sent off to marry her boyfriend, Lonesi was forced to live with her grandmother, ultimately dropping out of school in the process.

Reaching out to other young girls

In August 2017, three years later, Lonesi was introduced to a Youth Action Movemeent youth club during the monthly youth network meeting. She reluctantly joined the group without realizing what impact the action would create in her life. 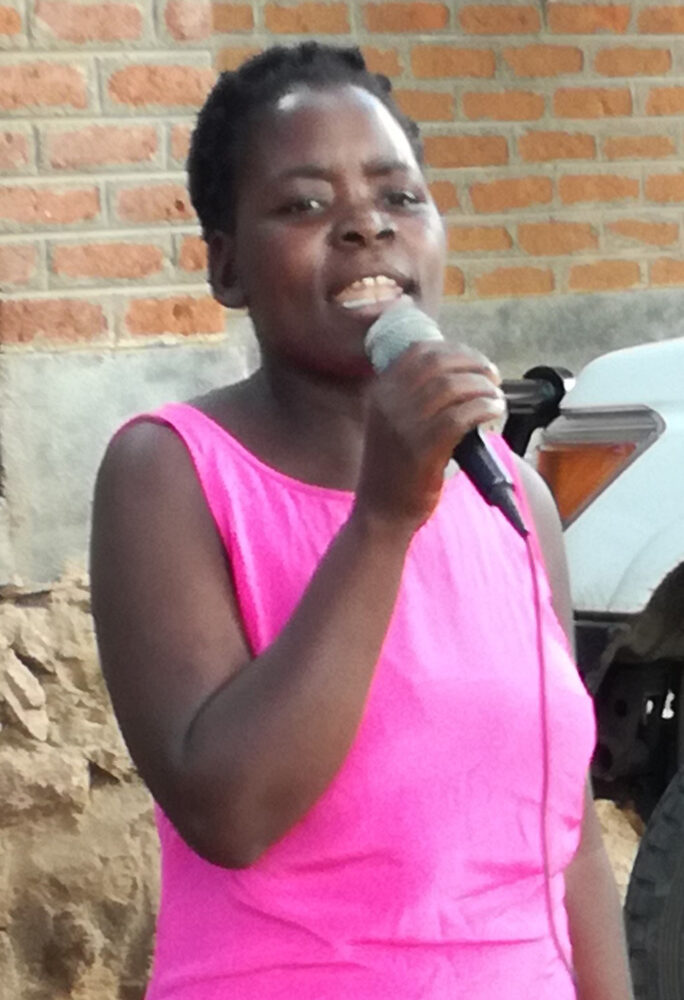 ‘I learnt so much on Sexual and Reproductive Health and Rights (SRHR), dangers and effects of child marriages and teenage pregnancies, HIV and AIDS, condom use, just to mention a few. The information we learn from the youth meetings really helps me realise the Importance of accessing SRHR services and most importantly it has helped me to reach out to many other young girls within the community on Child Marriages and Teenage Pregnancies and its negative effects. I don’t want them to go through what I went through.’
Lonesi started making savings in the group, with the little she could get. After staying with the group for a month, she was qualified to access a loan, an opportunity she exploited by taking a loan of MK13, 000
(U$ 17,5). With this money she bought some cartons of  soap powder and bottle of cooking oil, which she repackaged into smaller sachets and resold at a profit. The profits she made assisted her to pay for her school fees and also support her grandmother.

Lonesi is one of the adolescents who are benefiting from the Yes I Do (YID) interventions from youth groups in Malawi. She is ever grateful to the YID project and inspires other girls who experience what she
experienced go back to school.

The Youth Action Movement (YAM) youth club is part of Yes I Do local partner FPAM. YAM enhances youth participation, involvement, empowerment and representation. Young people learn to express themselves as active participants and decision makers in the association. Equal partnership between young people and adults and sharing of best practices on SRHR among young
people is promoted.

Ina, a girl raising her voice

Ina, a girl raising her voice