Share this item
Back to archive
Tags: Yes I Do

Osupat (58) thought that female circumcision was just part of their culture and mainly a women’s thing. But when, during a training session of the Yes I Do Alliance, he got to see the far-reaching consequences of circumcision, he was appalled. He decided there and then that his two youngest daughters would never have to undergo this harmful tradition.

I had no idea what female circumcision involved

“My eldest daughter has been circumcised because it was just part of our culture, as well as a non-negotiable condition of marriage,” says Osupat, who quickly adds that he had no idea at the time what circumcision really involved. “The women never told us what they actually did during the circumcision ceremony. In Masai culture, circumcision is a woman’s thing.” 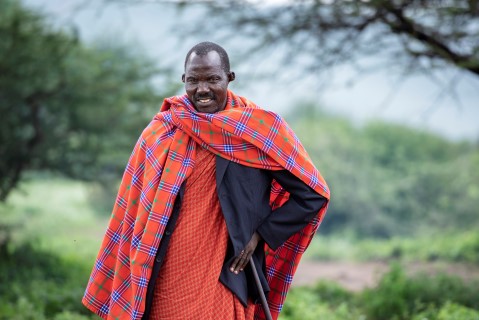 Typically, a girl’s circumcision would be completely arranged by the mother. The father would be informed beforehand that it was going to be done, but would be told nothing about the actual process, explains Osupat. He was absolutely appalled when he first saw videos of female circumcision during training sessions organised by the Yes I Do Alliance (YIDA). In the context of this Alliance, Plan International Netherlands, Rutgers, Amref Flying Doctors, CHOICE for Youth and Sexuality and KIT Royal Tropical Institute are collaborating to combat female circumcision, child marriages and teenage pregnancies.

“I was so shocked when I saw on the video what circumcision actually entails and the huge negative repercussions it has on our girls. More so because I immediately realised that my eldest daughter had already been circumcised.” ” 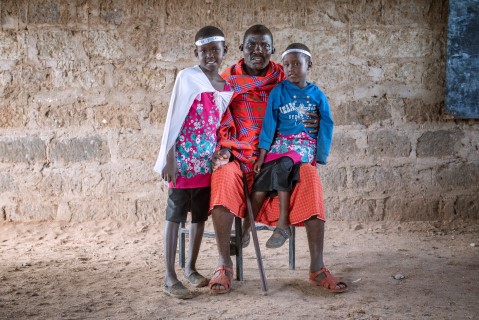 Our eyes have been opened

Osupat immediately decided that nobody would be allowed to do this to his two youngest daughters; they will certainly not have to undergo this harmful tradition. But as soon as he got home his two wives disagreed with him, driven by concern that their daughters would be unable to find a husband. Osupat assured them that it wouldn’t just be their daughters because the whole community was going to change. He insisted that both women should attend the YIDA training sessions and this changed their minds.

“I am so glad that I participated in the training sessions given by the YIDA. All those years we just did what our ancestors taught us, without appreciating the suffering and damage that it caused. But our eyes have now been opened and we’ve been shown how we can improve our lives and the lives of our daughters,””

“We have enjoyed extensive training and I have joined a group that goes around the village persuading people to stop female cutting’, concedes Osupat. “There are still places where people refuse to stop female circumcision, but stepby-step we are succeeding in opening their eyes too.”

More self-assured about their bodies

Osupat also believes that the approach adopted by the Yes I Do Alliance is increasing the equality between Masai men and women. “In the past, the men decided everything and women were not allowed to have an opinion. But this is changing and nowadays a woman’s opinion is as important as a man’s.”

“We are here to save lives, so we find a solution”

“We are here to save lives, so we find a solution”