Share this item
Back to archive
Tags: Hello i am

Meet Afroza and her daughter; two power women, carving their own way in rural Bangladesh.

“I believe my daughter can do anything, and I will educate her no matter what people say or think. Your gender doesn’t determine what you can or can’t do."” 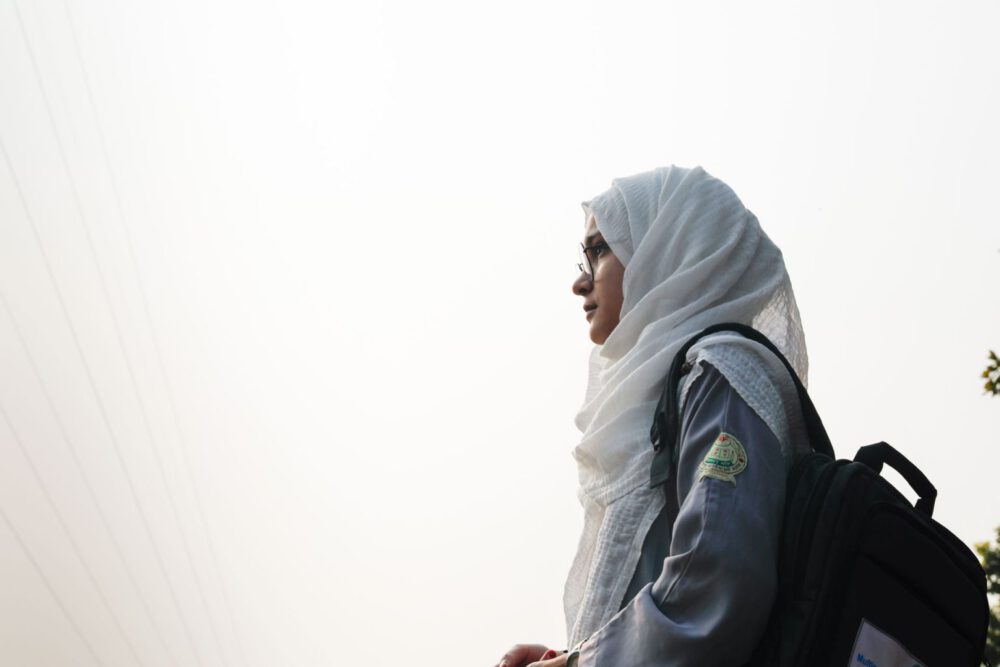 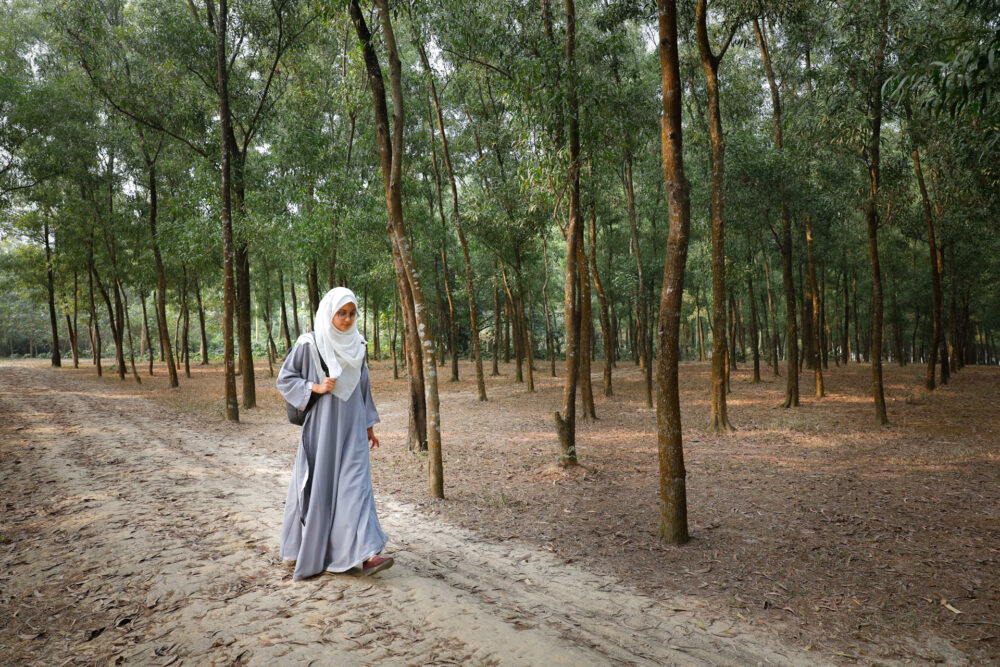 Daughter Nazifa (21) is a college student.

“I am stigmatized for going to college, for being away from home. But I believe education is a basic right. It is important for the development of our country. Especially when so many people believe that girls should be at home and not study."” 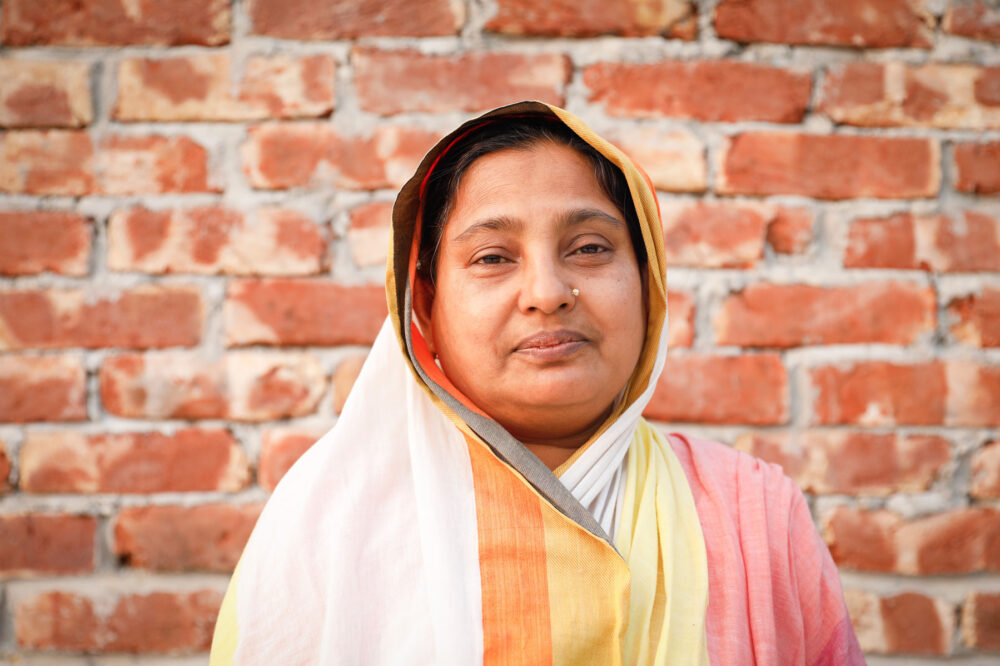 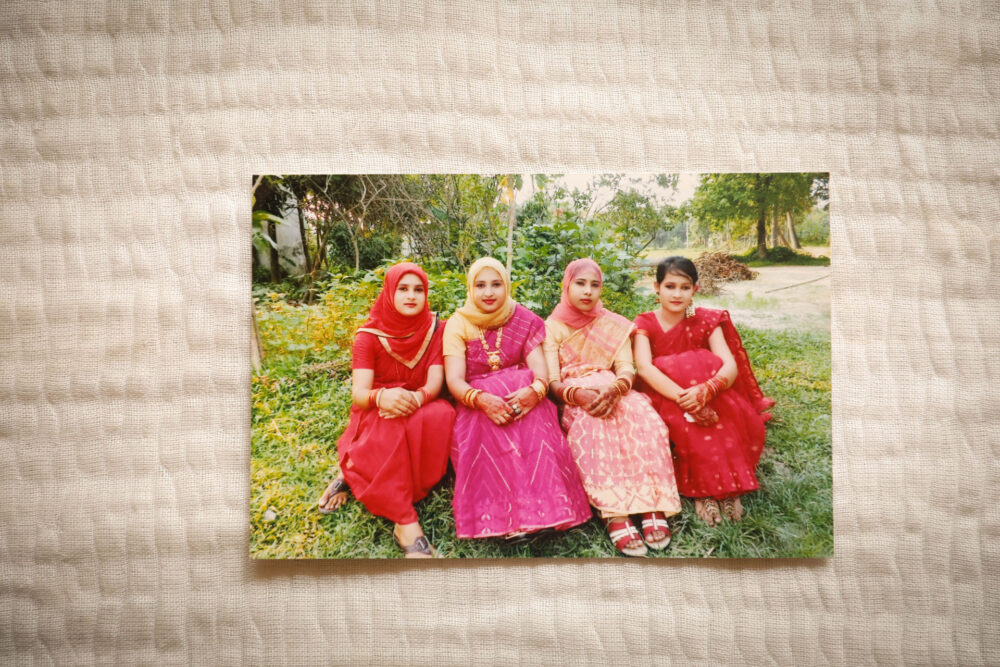 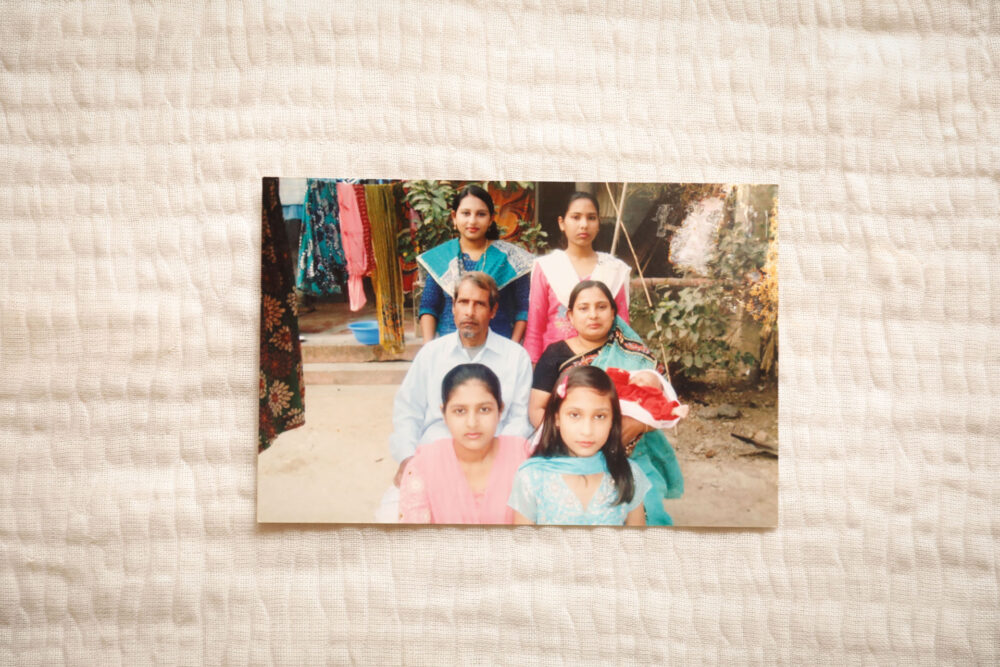 The situation of Afroza is not unique; she is a mother of four daughters and her husband is unable to work. They raised their family on his small government pension, in a small village. With her husband ill and no sons in the family, Afroza made a remarkable choice and assumed the role of decision maker. 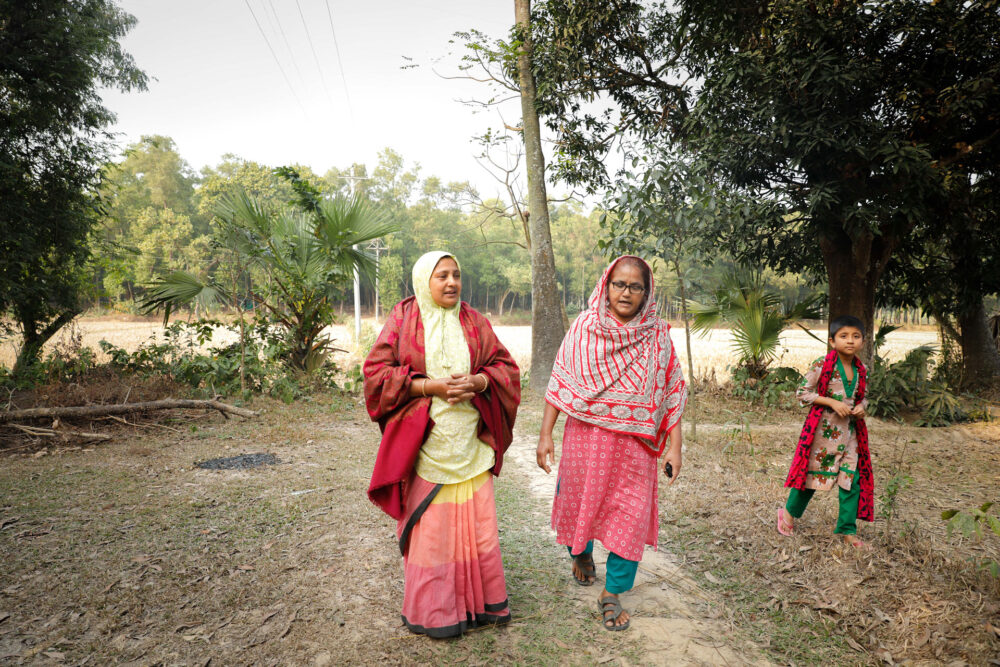 In Bangladesh, men take the decisions, in any family. Women are not supposed to have jobs, not supposed to speak up, particularly in more conservative, rural areas. A woman’s place is in marriage, doing household chores. Women who assume men’s roles are frowned upon and judged. 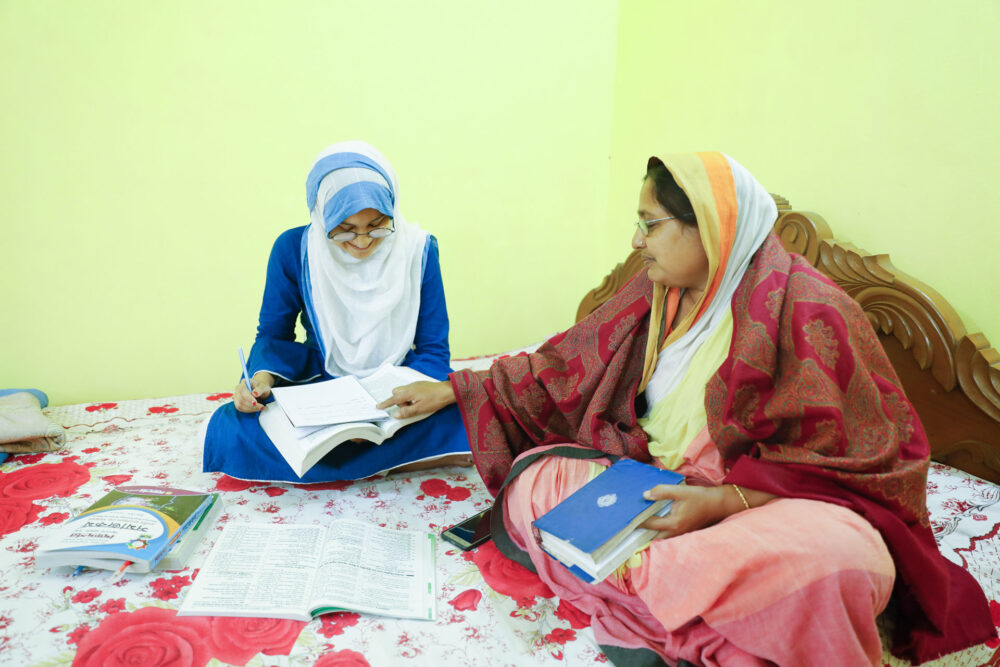 Afroza resisted pressure from the neighbours, ignored judgmental comments, and chose a different path from common practice. She has educated all four of her daughters – not one of them got married before finishing school. And that is truly remarkable. Education for girls is not perceived as a necessity. A daughter is not seen as a future breadwinner and will not be taking care of the parents’ household after her marriage, when she will live with her husband’s family. 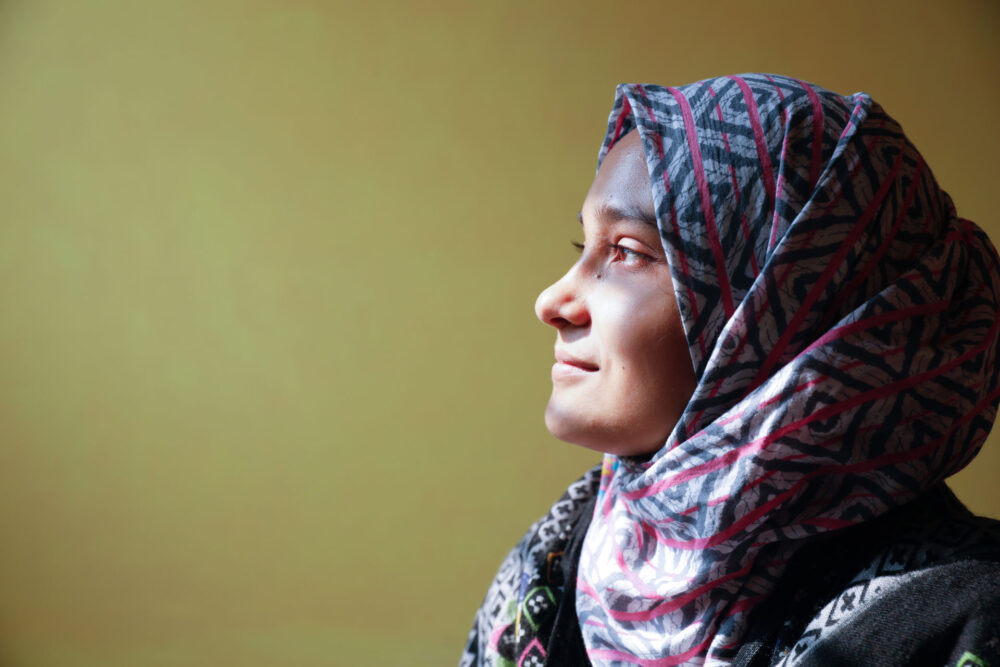 The high prevalence of child marriage in Bangladesh is due to traditional beliefs and social norms according to UNICEF. Girls and their families often face considerable social pressure from within, their own families and community, to conform to existing cultural norms and practices, including child marriage. 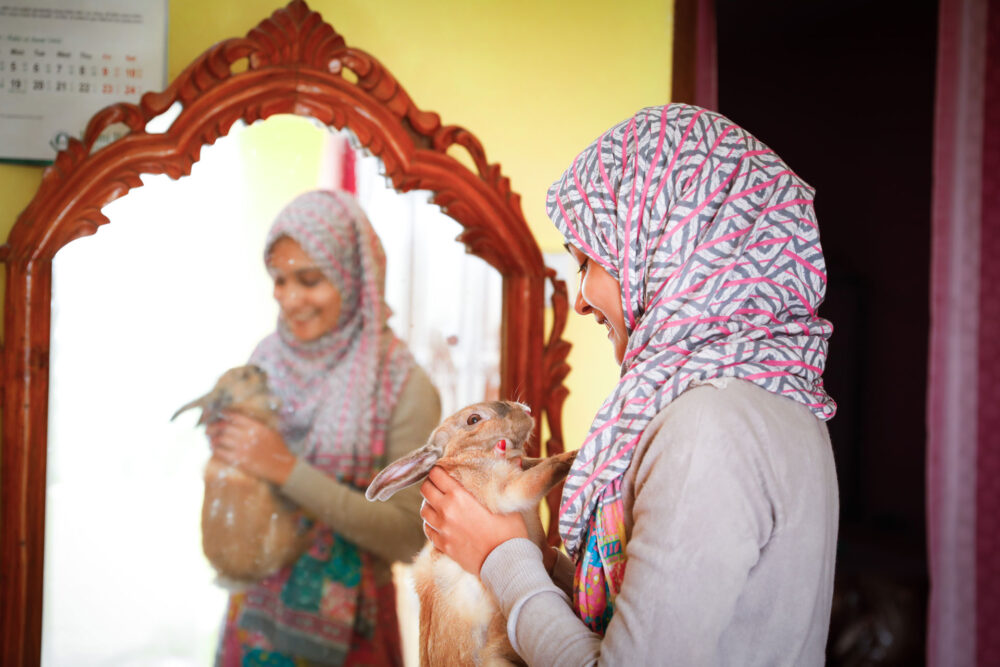 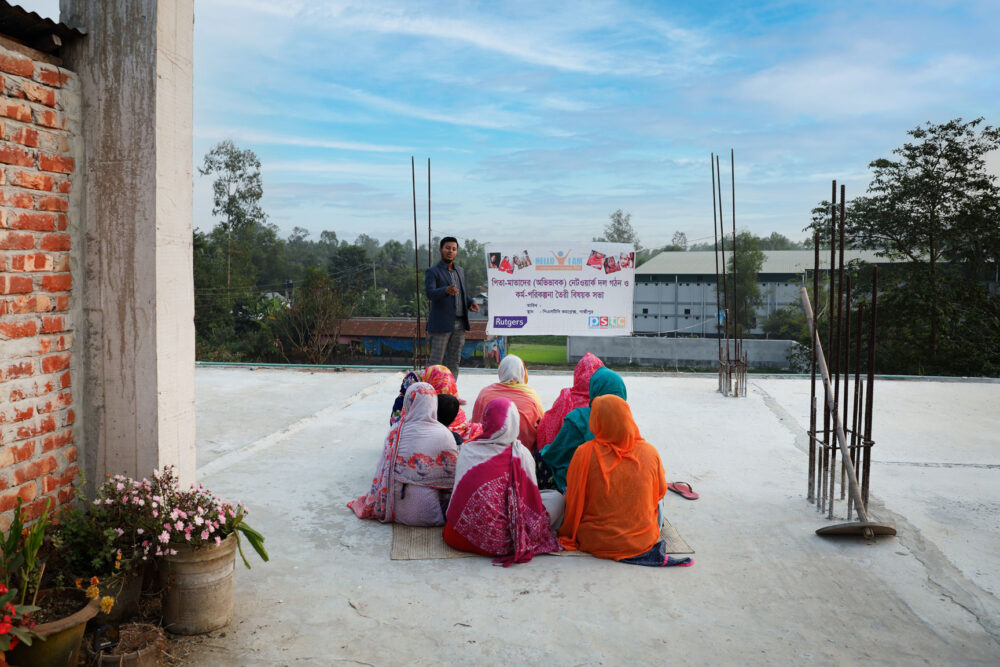 “People think the only purpose of a girl’s life is to be someone’s wife. Neighbours keep asking my mother ‘When will she get married? What is the point of her education?’ They also say that I will run off, marry someone from college, against my parents will. That would reflect poorly on our community."” 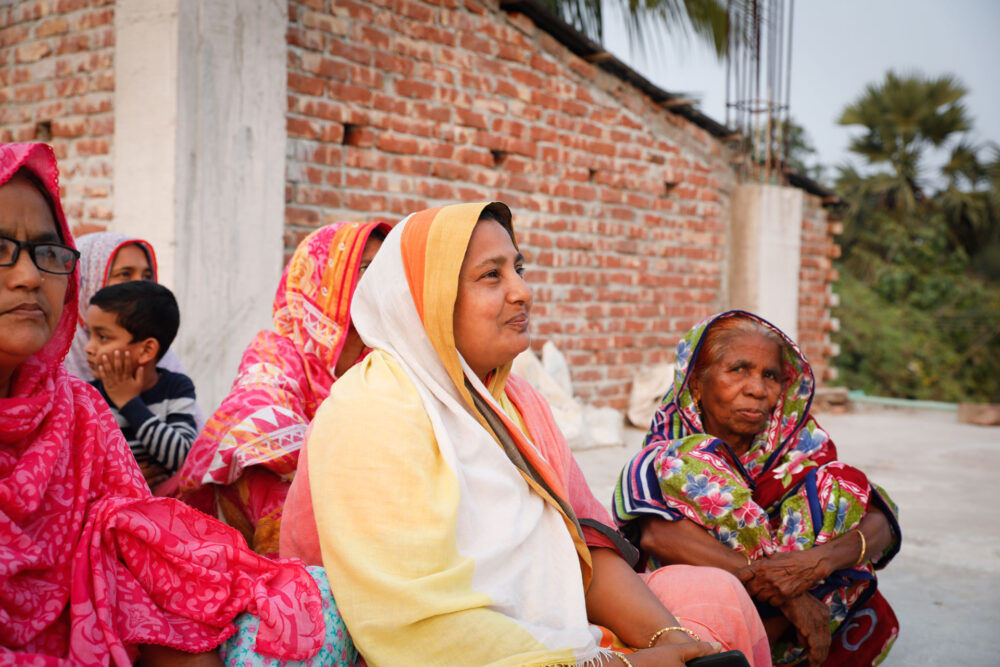 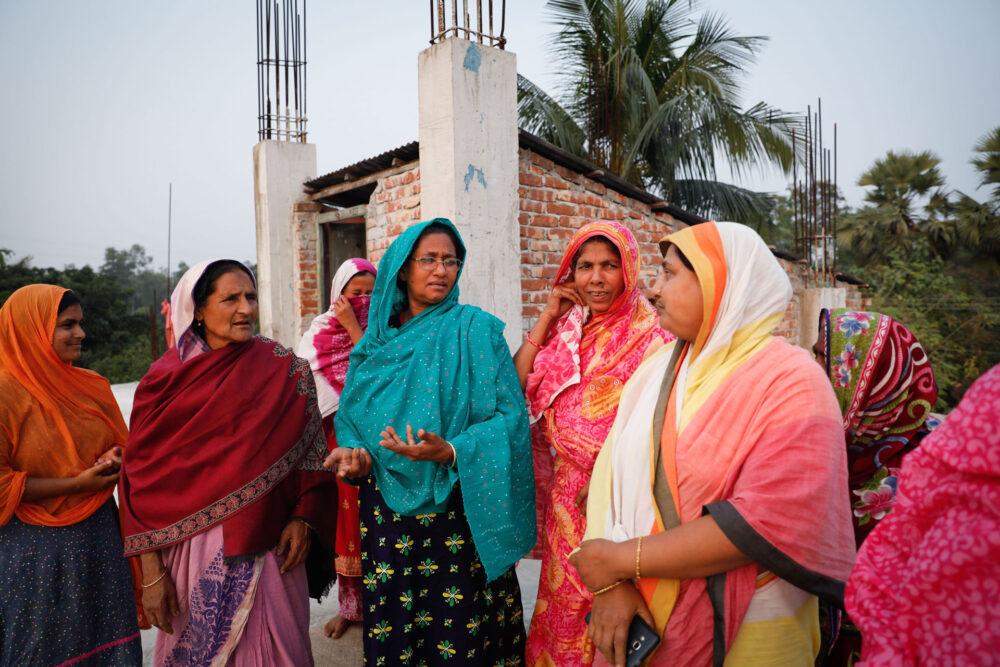 Afroza was always determined to educate her daughters. She was introduced to the Hello, I Am programme through her daughter, who met the project team in school. Afroza immediately recognized that the project confirmed what was so important for her. She wanted her daughters educated, and to have the capacity to make decisions about their lives. That was exactly what the project realized, and she started to attend the parent training and courtyard sessions. 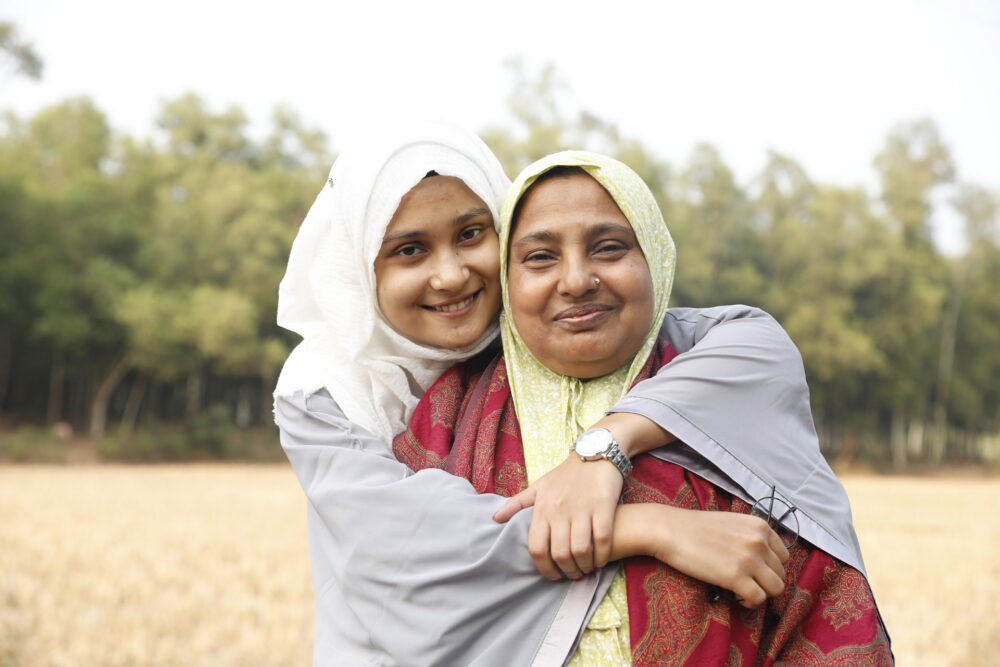 “I am not upset that I haven’t got a son. My daughters are my strength."” 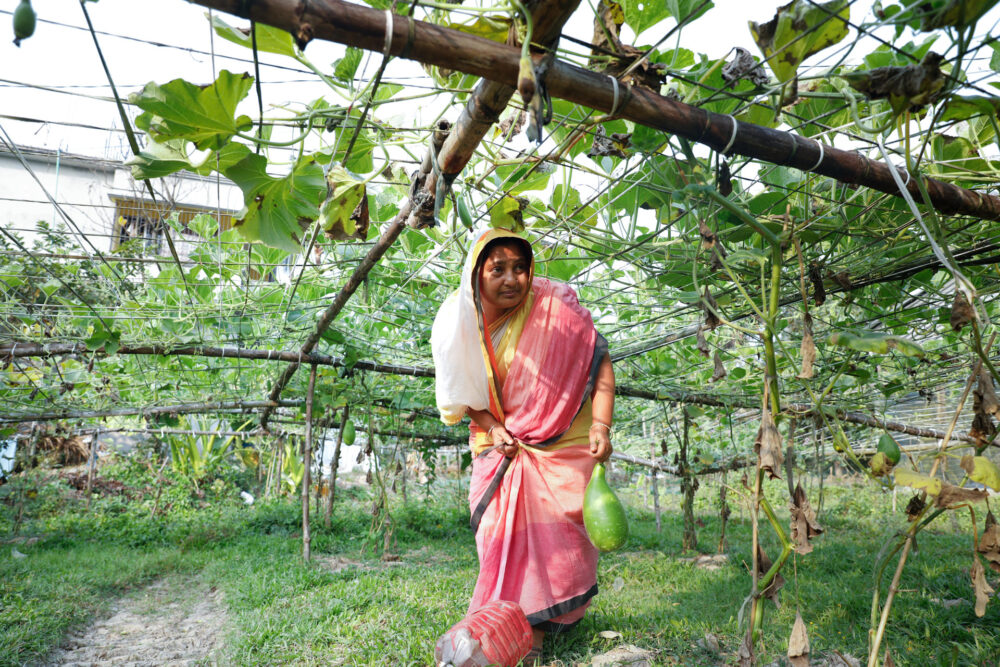 Hello, I am also encouraged her to find alternative sources of income. Afroza started cultivating vegetables around her homestead, and with success.\ 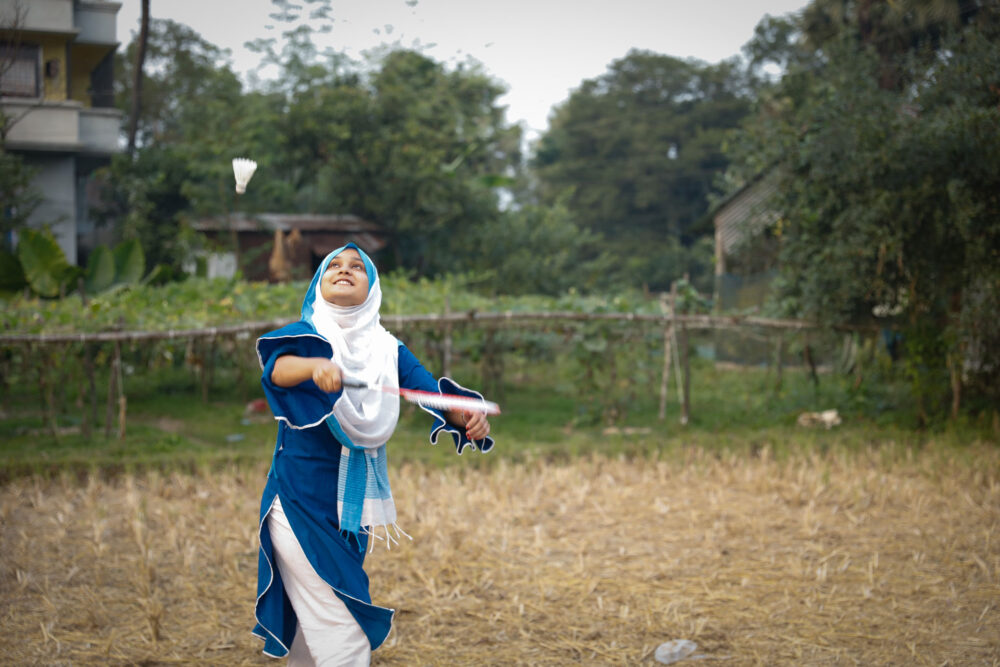 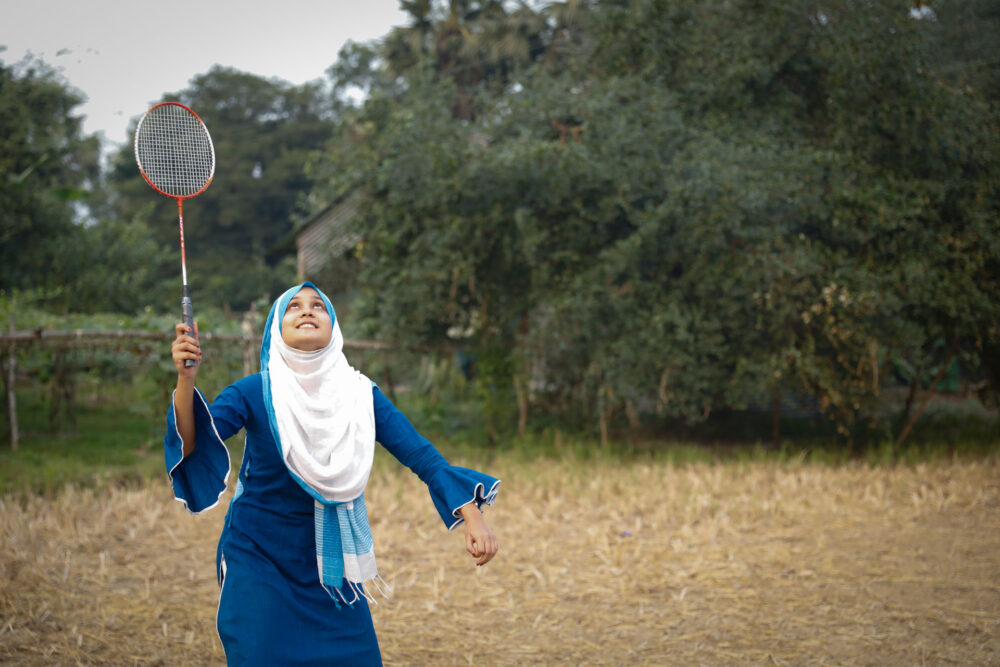 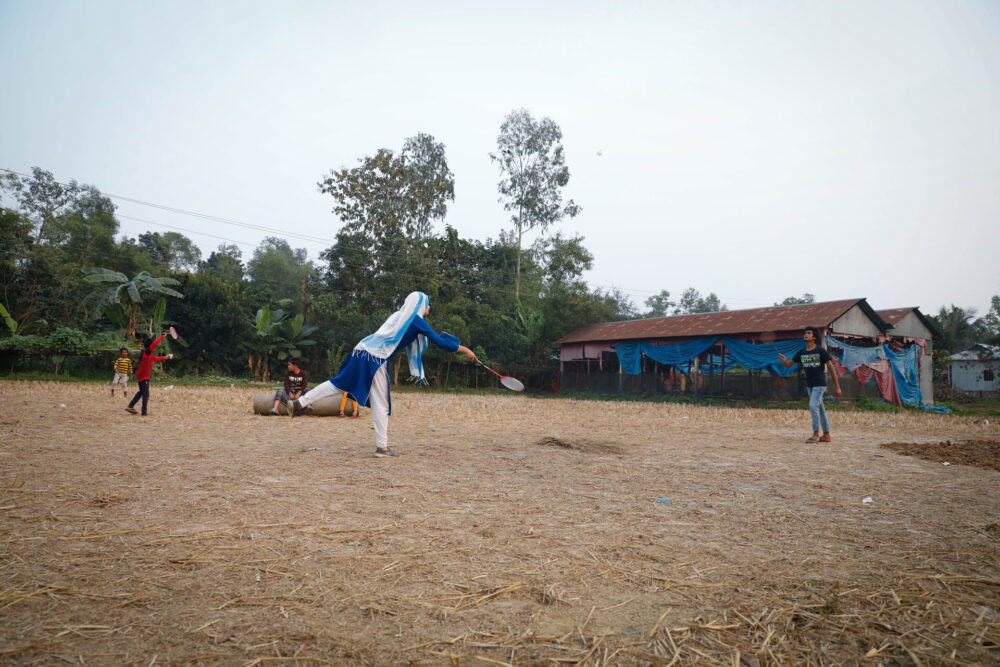 Nazifa is an inspiration for her mother. Nazifa was keen on pursuing her education, and her mother rejected many marriage proposals on her behalf. Now Nazifa is in college. She is a bright student. 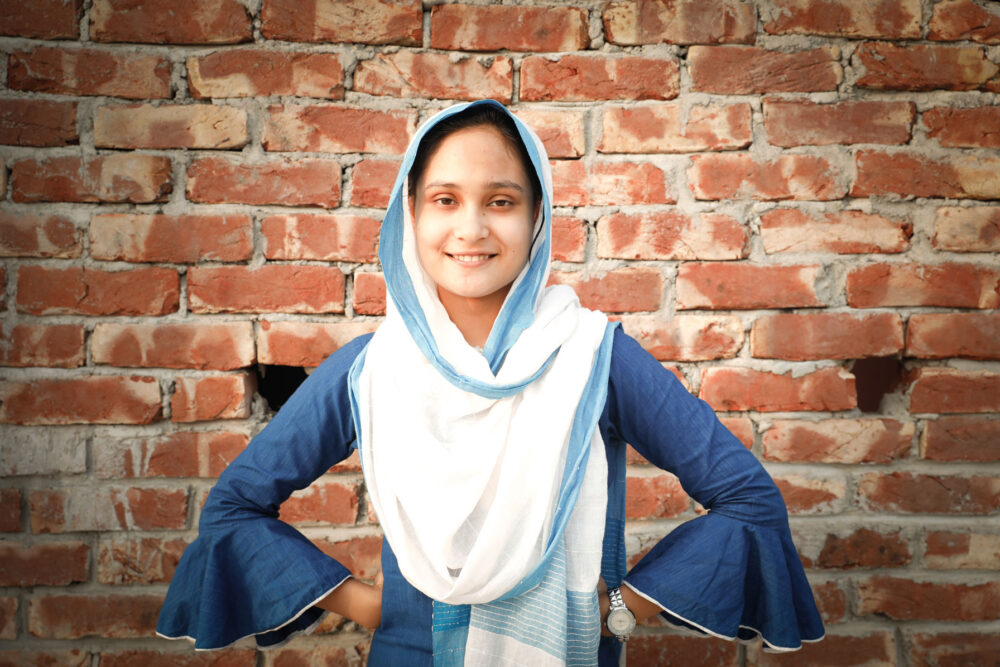 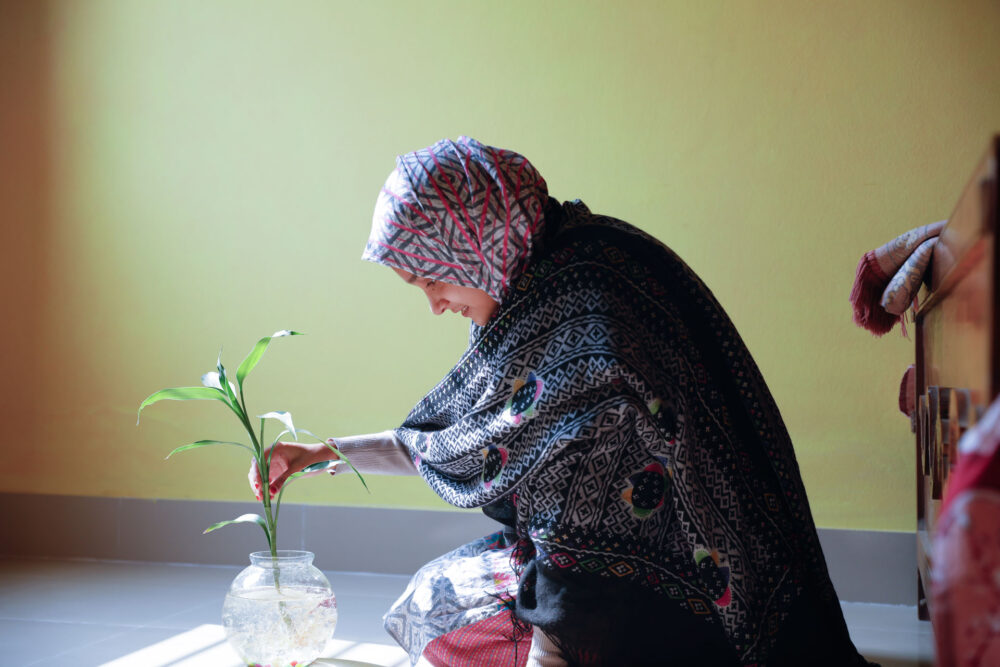 Nazifa also attended the trainings of the Hello, I am programme on preventing child marriage. She now works as a community volunteer on raising awareness about child marriage. 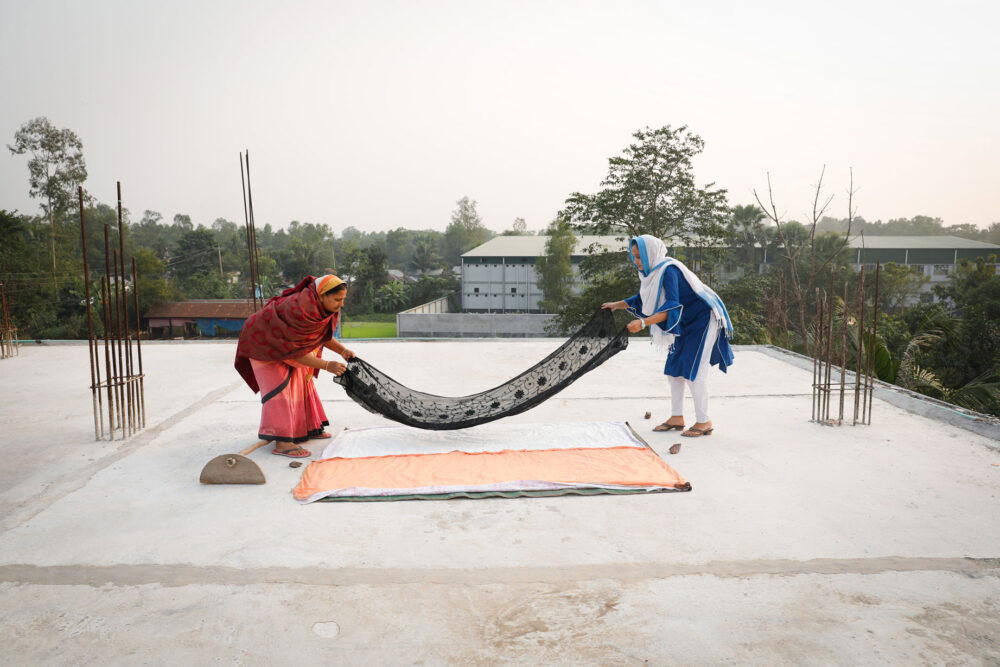 This mother-daughter duo have worked hard to fight social norms, raise their own voice and make their own decisions. Education has been their main weapon. They prove that change is possible. Now they both work to make people aware and prevent child marriage in their community.

Hello, I Am was a four-year programme working toward a supportive social environment in which young people in Bangladesh, especially adolescent girls and young women, can make informed choices about and enjoy their sexual and reproductive health and rights. It aims to realize a society in which girls and boys are equal, where girls and women have the same rights and chances as boys and men. The programme is led by Rutgers and implemented in collaboration with PSTC, RHSTEP, DSK and BBC Media Action Bangladesh.

When a young girl changes her mind

When a young girl changes her mind
Stories worldwide

Selim a leader against child marriage