When taboo dictates my silence

Septy is a young researcher who worked on the Youth Voices Research in Denpasar, Bali. The Youth Voices Research, in which Septy played a crucial role, found that sexuality is rarely talked about at home, leading many young Indonesians to have very low levels of knowledge and awareness about sexuality, personal boundaries, and what constitutes abuse and harassment. In this blog, Septy talks about her experiences of sexual harassment, how taboos about sex meant that she did not understand what was happening to her, and her aspirations for future generations to break the taboo.

I was just a corner turn away from home, but decided to take refuge in the village’s security post. The cool breeze at that time could not assuage my feelings. Tears were falling. Yes, I could only weep. There was no witness, but the waving mulberries.

As I was happily pedaling away on my bike, a man who had been following me after school suddenly caressed and squeezed my breast. What could an elementary school student of my age possibly do at that time? 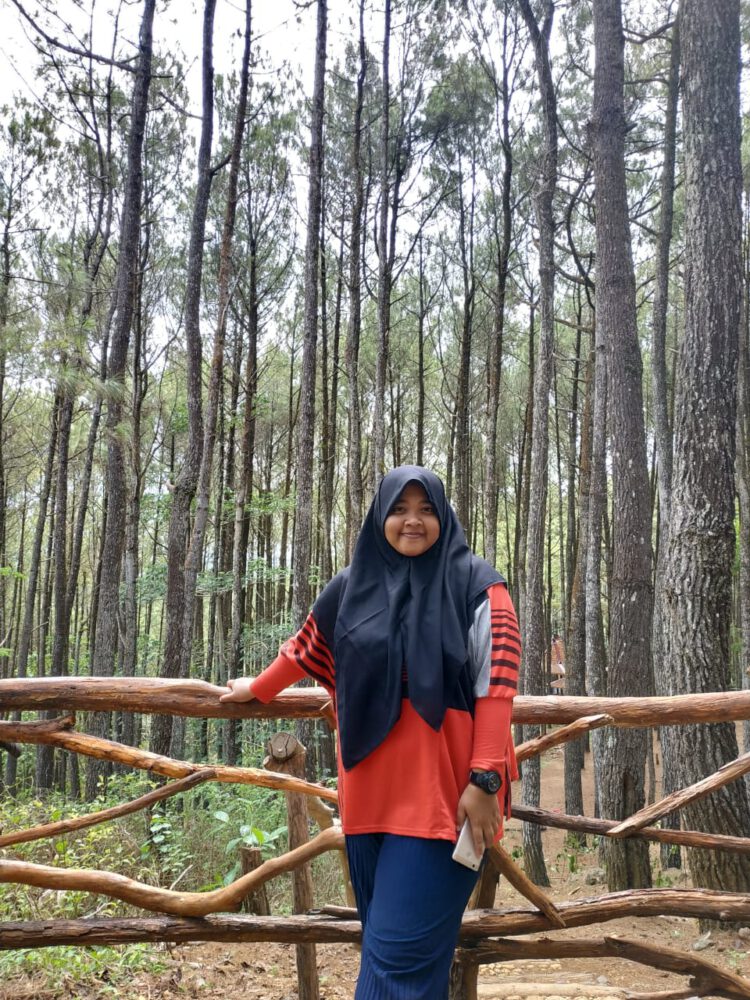 As soon as my tears dried, I quickly drove my bike home. I bolted to my room and slammed the door before me. I had no desire to have my father and mother notice these puffy eyes, so I lock my door shut. With utter embarrassment, I forced myself to go before the mirror. Countless thoughts were raging inside. There is an urgency to share this feeling with my parents, but I was scared. On the other hand, I wanted to be protected and someone to erase all these fears in my mind.

“I am afraid to have lopsided breasts. I do not want to be pregnant. I am afraid that I have lost my virginity. I am scared that I can’t breastfeed my children later. I am afraid…””

These crippling thoughts abolished my courage from sharing the incident with my parents. How in the world could I fathom the turmoil percolating in my head? Even during dinner, I had to sit with my parents and chose to keep my mouth shut to avoid possible punishment.

By the time I was 11, I rarely discussed the topic of sexuality with them. Menstruation is both the beginning and the end of touching upon the very subject. Mom would teach me only to the extent of how to put on sanitary pads and its replacement frequency, as well as the advice to keep genital hygiene. While dad only told me to refrain from wearing tight-fitting clothes and distance myself from men. I had so many questions, but they merely gave me some advice. Not once did they invite me to have a proper discussion of how and why things happen to my body, about my sexuality.

My fear and anxiety continued to escalate. When I arrived at school the next day, I met Ika, a close schoolmate who noticed the stalker from yesterday. Unfortunately, she also encountered the same misfortune, and that morning, she was in a sorrier state than I was. Her eyes were swollen, and this ordinarily bubbly girl was pensive.

As soon as she saw me in class, she sat next to me and inquired,  “Opo awakmu wingi yo dicekel susumu?” (Did someone touch your breasts yesterday?) My heart sank. It was a weird feeling between relieve, shock and sadness. I was relieved because I can confide in her about my feelings, shocked because one of my best friends had become a victim too, and even more sad when I have to remember the one thing that I wanted to forget from last night. I was planning to pretend sick that day so that I could skip school.

Her tears broke instantly. Luckily, it was during PE, and there were no other students in class since we told the teacher that we are having our menstruation. She tried to tell me the account in detail, even though it was hard to understand her amid the loud sobbing. One thing that I asked was whether she also shared this story with her parents. She did not. She bottled it inside and wept all day in her room. She was afraid that her parents would be mad; people would call her slut; or her chest would suddenly be enlarged. All the dreadful fears that I also thought would be possible last night.

Almost nine years later, only then did I realize that I was a victim of sexual harassment. In college, I attended some classes on social issues. But there was nothing I could do because society around me does not take harassment seriously, since nothing is missing from my body afterall.

I tried to pursue gender studies at university. I was determined that nobody else should experience sexual harassment, especially my sisters – whom I need to protect. I have established a good bond between us. I taught them how to protect themselves from anyone who tries to pry into their pants, and they alone have control of their bodies.

In April 2018, I finally found a new avenue that brought me a sense of catharsis. I became a young researcher for Explore4Action, where I have learned a great deal about healthy sexual behaviors and applied them in my life. Gender norms, sexuality, and mental health issues are some of the tenets that I now live by. I acknowledge that gender is not only pertinent to women in terms of discrimination and persecution, but also relevant to both sides of the table. I now help my sisters carve their path without the fear of living under the shadows of our parents’ playbook. Since that scary day in elementary school, I have come a long way. Yet, unfortunately, the prevailing assumptions and taboos in my community still dictate a reluctance to talk openly about sexuality.

Explore4Action (E4A) is a four-year programme investigating the factors that influence adolescents to make a positive and healthy transition from childhood to adulthood, and if and how comprehensive sexuality education can support this process. The Youth Voices Research is the qualitative research part of E4A, where young researchers in three sites across Indonesia interviewed their peers about experiences of sexuality and gender socialization. The first part focused on older young people aged 18-25, while the second part focused on younger adolescents aged 12-13. The findings of both parts are published in reports here and here.

Yes I Do – Sex education in Indonesia: like walking a tightrope

Yes I Do – Sex education in Indonesia: like walking a tightrope
Stories worldwide