More than 300 young people in 12 schools in Malawi succesfully completed their Journey4Life comprehensive sexuality education last week. These new Agents4Change now have the skills and tools to spread awareness around stopping child marriage and encourage safe sexual practices with their peers and communities.

Malawi has one of the highest rates of child marriage in the world (University of Zurich et al. 2018). According to UNICEF approximately 42% of girls marry before the age of 18 and 9% below the age of 15. Early marriage robs girls of decision-making power on their lives and bodies, it disrupts their education, and they are more vulnerable to violence, discrimination and abuse.

Trainer4Life Khumbolane and the volunteer peer facilitators – called Champions4Life – celebrated together with the young people in the schools. They have been delivering the programme during the last school term. Each student received a certificate and they gave performances about the challenges they face with negative social norms. 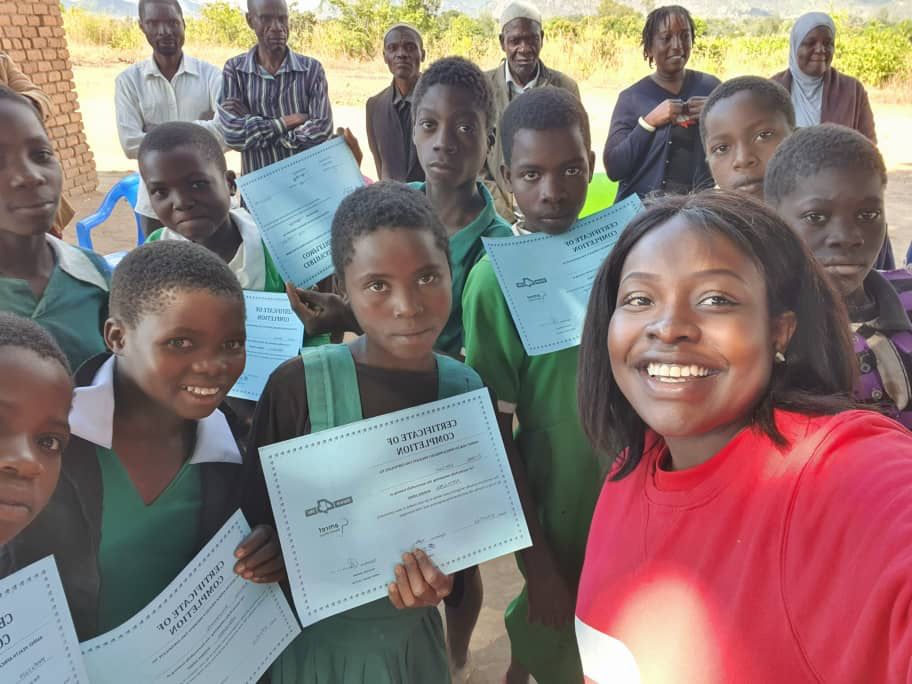 The only way to decrease the sexual health threats young people face is if young people practise healthy and safe sex. Too often, sexuality education is either absent, inaccurate, or a biology lesson which does not relate to the realities of young peoples. Since sexual development is an integral part of adolescence it should also be approached as such. The Journey4Life curriculum is a youth learning experience that emphasises personal discovery, empathy and change in the community. The Journey4Life curriculum is designed for youth aged 10 to 24.

The curriculum is delivered by young people called Champions4Life who are trained in both general sexual and reproductive heath and rights and how to facilitate personal transformation. They lead a process of experiential learning and serve as role models.

The programme in Malawi was made possible by Comic Relief. The Journey4Life was implemented in Malawi by AMREF Health Malawi.