Search
Back to resources 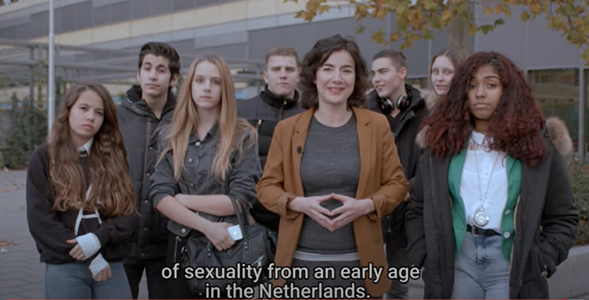 Compared to many other countries the Netherlands has one of the lowest teenage pregnancy rates and scores low on STIs. Young people are generally well informed on sexuality and contraceptive use is high. We are often asked about sexuality education in the Netherlands, and how we became so open minded about sex. Our film ‘Dutch Lessons in Love’ answers these questions.

Part 1 is on developments in our society and organisations like Rutgers that took part in those societal movements, resulting in a liberal sexual climate.

Part 2 show how Rutgers and its partners educate and empower Dutch young people to have safe and pleasant sex, only when they are ready for it. We filmed sexuality education lessons at a Dutch primary school, a secondary school and at a school for children with disabilities.