How Ida escaped a child marriage

Share this item
Back to archive
Tags: CSE, Yes I Do

Girls in Indonesia want more rights; they want to stay in school; and they want the freedom to marry older. But where do you begin when you learn that your only role in life is to become someone’s wife? That you have to stop going to school as soon as you get married? Ida (17) learned the hard way that getting married young is not a good idea.

Darkness had fallen and outside a cacophony of geckos, crickets and frogs was clearly audible as Ida used her fingers to feel her way along the mud wall of her home. She stole away silently on tiptoes, because she didn’t want her parents to notice she was gone. Ida’s prospective husband was already waiting outside, his presence betrayed by the light of the silvery moon. He shuffled restlessly and grinned at her. She put on her slippers and shot one last glance at her childhood home, as she took his hand and walked into the darkness. Towards life as a married girl. 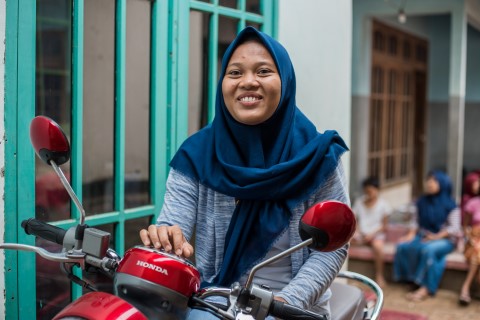 This ritual, called merariq, in which the bridegroom “kidnaps” his bride-to-be from her childhood home at night, is an ancient tradition among the Sasak in Indonesia’s West Lombok. However, it is also seen as problematic if the couple are still very young, despite the fact that the parents often approve of such a marriage.

It was later the same evening that Ida’s father, Jinrah (45) noticed that his daughter was gone. Her room was empty. Just a few months earlier, during a village meeting of the Committee Perlindungan Anak Desa (KPAD), Jinrah had learned of the dangers of child marriages. Now, he quickly realised that his daughter had probably been “kidnapped” and was about to get married. The next morning Jinrah rushed to report to the local chief and the Children’s Rights Committee that, in accordance with the Merariq ritual, his daughter had been “kidnapped”. “But she cannot possibly get married,” he pleaded, “she’s only 17 and she has to finish school!” 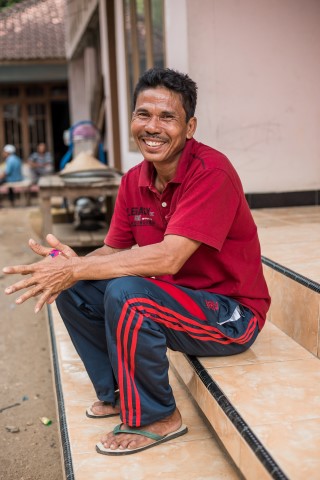 Yes I Do Alliance

Local networks have been set up in three places in Indonesia under the name KPAD (Kelompok Perlingdungan Anak Desa). These networks, or committees, are a result of the collaboration between various Indonesian organisations and the Yes I Do Alliance. The objective is to protect children and youngsters and inform them about their rights, their bodies and the choices they can make in their lives.

The Yes I Do Alliance started up in 2016 and comprises Plan International Nederland, Amref Flying Doctors, CHOICE for Youth and Sexuality, KIT Royal Tropical Institute, Rutgers and the Netherlands’ Ministry of Foreign Affairs. In six countries the Yes I Do Alliance is jointly tackling issues underlying girls’ circumcision, child marriages and teenage pregnancies by amongst other teaching young people about sexuality and their rights and by providing economic opportunities to girls and young women. The programme is being implemented in Indonesia, Mozambique, Malawi, Zambia, Kenya and Ethiopia.

Control over a girl’s body

In Indonesia, as soon as a girl gets married she often has to stop school and her husband takes control. More often than not, she becomes the (too-)young mother of a child born into a new generation, destined to grow up in poverty. Alongside poverty, the taboo associated with premarital sex is a major driver of the high number of child marriages in Indonesia. It is known there as zina, which means illicit sex, or fornication. A sexual relationship endorsed by a wedding ring, however, is permitted (even if the couple themselves are still children).

Ida’s mother also married young, as did her grandmother and her great-grandmother. Neither of them had reached the age of 18. And that is also the fate of one in nine girls in Indonesia. Time might seem to stand still in Ida’s village, surrounded as it is by lush green hills and picturesque waterfalls. But behind the façade – just like on other Indonesian islands – a bitter struggle ensues over a woman’s body.

From a girl to someone’s wife

In Indonesia, more than 11 per cent of girls marry before they are 18. According to UNICEF, the country is eighth in the list of countries with the highest number of child brides (India heads this list). Data has shown that while little has changed for 17- and 18-year-old girls, fewer and fewer girls are getting married before the age of 16. In 2019, the age at which girls are legally allowed to marry with parental consent was increased from 16 to 19. But parents can still apply for “dispensation” and receive legal permission for a child marriage. 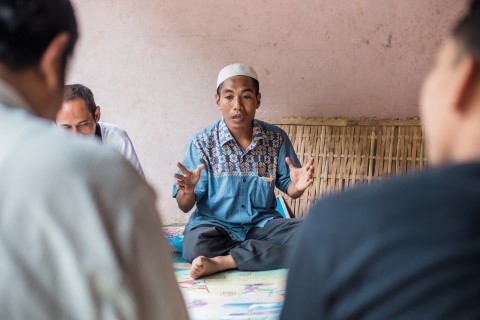 Pak Marwan, who heads the Children’s Rights Committee (KPAD) in Ida’s village, insists that child marriages give him a headache. “Young boys are wholly incapable of supporting a girl financially. It leads to many divorces. And while divorce itself might be cheap, the girls pay a high price. They are written off as second-hand and end up as spinsters. The stigma is huge.”

When talking to parents (such as Ida’s father), villagers and religious leaders, Marwan also cites the medical argument against child marriages. “I explain to them that young girls’ bodies are not sufficiently developed and they are therefore exposed to the risk of complications during pregnancy and childbirth. That’s why it’s better for them to wait a while before getting married!”

Thanks in part to what Marwan had told him, for Ida’s father it was now as clear as day: his daughter must finish school before getting married. When the concerned father had arrived on Marwan’s doorstep that morning, following his daughter’s “kidnapping,” he demanded that the proposed marriage be cancelled. This is only possible through a special process called balas, a practice recently introduced by KPAD and local authorities. The objective is to dissolve a marriage through a ritual that fits with the ancient traditions of Lombok.

Ida admits that she was sad at first, and somewhat ashamed. But now she is so glad that she can go back to school, and she realises that it’s better for her not to get married yet. “I hardly knew him anyway; he had just said a few sweet things to me.” Today she’s wearing a T-shirt with a Superman emblem and proudly riding the red moped given to her by her father because she promised she won’t get married for the time being. 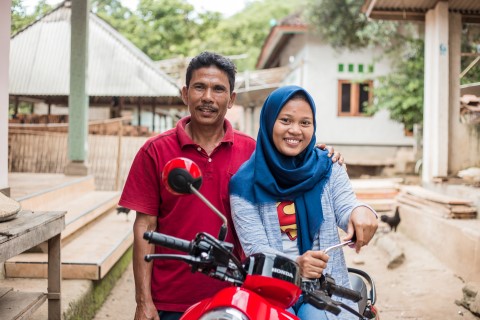 Asked whether she has any advice for other girls, Ida says: “Don’t get married if you are too young, because you will not yet be able to support yourself and your family!” And what about the young man that almost became her husband? “Well, I forgot about that after just four days!” Rather than become a housewife, Ida now wants to become an immigration officer. Just like her role model, her older sister.